The government is in essence a criminal organization.

I think it’s instructive and informative to consider just exactly what kind of criminal organization governments actually are.

It’s a protection racket, obviously. Government promises to protect you from bad guys, from harm, from whatever evil or harm it can discover, manufacture, or create in order to keep you in line and paying the protection money. So did Al Capone.

Consider government from this angle as you listen to debates on “health care reform,” “protecting the environment,” and “economic stimulus/recovery.” Who is government saying that they’ll protect? (Hint: they always say they’ll help you. As in “I’m from the government and I’m here to help you.”)

Who are they actually protecting? (Hint: it’s probably not you.)

Who will they get the money from to do that “protecting?” (Hint: it’s probably you.)

And watch how they talk about putting the the hit (sometimes figuratively, sometimes not) out those who have the temerity to oppose their schemes.

The more complicated the whole, the more dependent we become on that division of knowledge between individuals whose separate efforts are co-ordinated by the impersonal mechanism for transmitting the relevant information known by us as the price system. 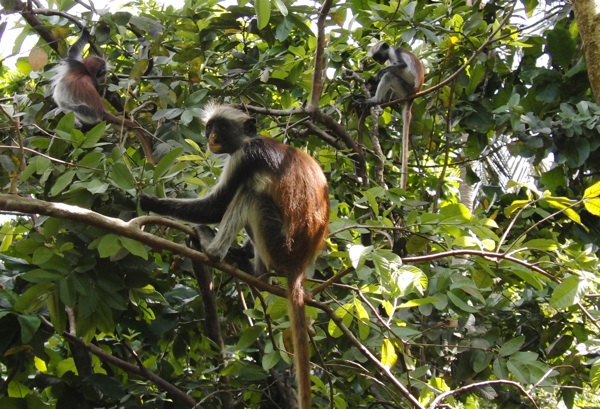 Our tour of the Jozani-Chwaka Bay National Park continued through the monkey-infested jungle, before moving on to the mangrove swamp.

We had a quick lunch on the ship before getting ready to brace ourselves (again) for the heat of Zanzibar for our own walk around town. We walked around for about 2 hours and went to Darajani Market. This is the open-air market that the locals frequent. It had a section for spices (Zanzibar is known as “Spice Island”), produce, fish and meat. We were almost knocked into by a man carrying a cow leg to a stall to sell. It was big and bloody and he just had it slung over his shoulder. We made room for him.

We continued wandering around and found blocks and blocks of highrise apartment buildings. Zanzibar’s population looked much, much, much richer than Mombasa’s and there were cars and motorcycles all over. By the time we returned to the ship, Filbert’s shirt and shorts were literally soaked through. Snookums’s shirt was a little wet under her left armpit (not her right one, just her left!). Showers were immediately taken and Filbert went to the Observation Lounge to secure good seats for our 4 PM departure and Snookums found two available washing machines for our filthy clothes from yesterday and today.

We enjoyed a nice peaceful dinner in Compass Rose and then went to bed. Oh yeah – when we showed up for dinner we were both wearing flip-flops. The maitre d’ said that we couldn’t wear slippers (?). We think he just meant Filbert, but we both went back and changed shoes. Filbert put on his Crocs and made sure the strap was behind his ankle rather than in the “slip on” mode. While we were eating, we noticed that there were two men at another table that were wearing “nice” tshirts. Regent has a minimum dress code of a collared shirt for dinner (and polo shirts do NOT count which means that nice tshirts don’t count, either). On the way out, Filbert pointed out the discrepancy to another maitre d’ and didn’t want the men to get kicked out since they had already been let in, but wanted to make sure Regent knew about it. And, we had seen them at dinner another night wearing t-shirts, too. The maitre d’ said he would talk to them after they were done. All in all, we had a great two days in East Africa.

Next: Heading for the RSA!

And because all the details of the changes constantly affecting the conditions of demand and supply of the different commodities can never be fully known, or quickly enough be collected and dissemenated, by any one center, what is required is some apparatus of registration which records all of the relevant effects of individual actions and whose indications are at the same time the resultant of, and the guide for, all of the individual decisions. This is precisely what the price system does under competition, and what no other system even promises to accomplish. 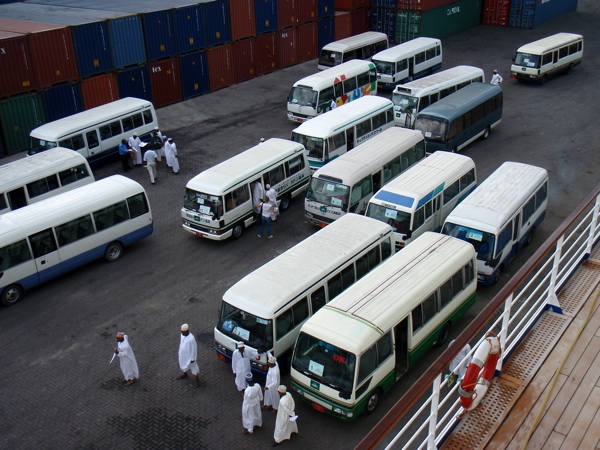 Before meeting for our tour, we weighed ourselves and were pleasantly surprised to see that we were at our pre-cruise weights. Yippee!!! (Not using the elevators on the ship really does work!) We met for our tour at 8:45 AM and boarded our air-conditioned bus. We were going to Jozani Forest Reserve to see red colobus monkeys that can only be found in Zanzibar. The forest was about 22 miles away from the ship and the drive was on a nice asphalt road. Our guide said that the road was about 1 year old. Who knows what it was like prior to the asphalt?

Zanzibar was 95° and 96% humidity. Even Snookums thought it was hot. We got to the forest and started our nature walk. Several scrawny cows were milling about so we had to watch where we stepped to avoid piles of manure. We quickly came upon a family of red colobus monkeys in the almond trees. They only eat the leaves of the tree and don’t drink water. They just survive on the leaves. They have 4 fingers (and no thumb) on their hand and 4 fingers and a thumb on their feet. After we saw the monkeys the bus took us to the mangroves and we walked through them. There wasn’t much to see other than two types of tiny crabs, but it was nice and kind of cool due to the shade. Then the bus took us back to the dock about 1 hour early. It was a great tour and no one complained that it was finished by noon rather than by 1.

Next: More monkeys! In trees!

I don’t think you could pay me enough money to watch what will likely be the most grotesque parody of serious political discussion since . . . well, since the CNN/YouTube Democratic Presidential Debate.

And no, I didn’t debase myself by watching the Democratic one, either.

Upon further consideration, you probably could pay me enough money . . . but we’re talking at least ten figures here.  And that still wouldn’t make me LIKE it.

UPDATE:  Was I right, or was I right?

According to the industry magazine Advertising Age[*1] , I seem to have been right.

Again, I don’t know that it’s necessarily wrong to have opponents show up during these forums. But the problem for CNN is that it didn’t do the same for the Democratic YouTube debate and it’s just coming off a Las Vegas debate where it seemingly pushed a student to ask Hillary Clinton that ridiculous diamonds or pearls question[*2] (and included James Carville in the post-debate analysis). Like George W. Bush finding out which 30% of the country still supports them, then doing something to frustrate even those voters, CNN seems intent on finding its few remaining Republican voters and driving them into the arms of Fox News. (You just have to take a quick glance at Drudge to see how this is being played on the right.)

The tendency toward monopoly and (central) planning is not the result of any “objective facts” beyond our control but the product of opinions fostered and propagated for half a century until they have come to dominate all our policy. 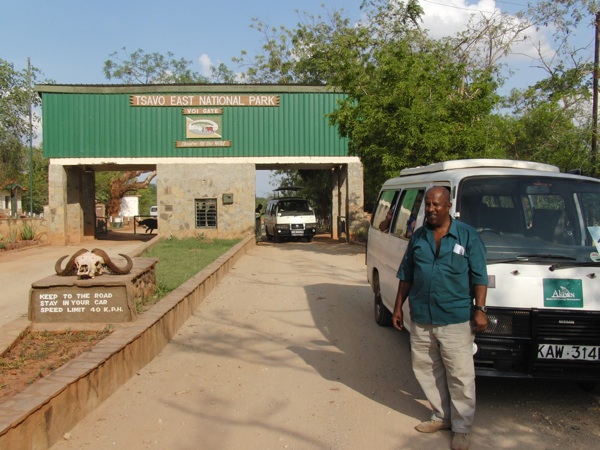 On the drive back to the ship, we saw more and more people walking along the highway and the little villages were busier with people.

We assumed that these people were coming home from work, but it was strange to figure out where they were walking from (or walking to). One person in the van said that they must be walking home from the bus stop, but no one could figure out why a bus would let the people out miles from home on the highway when the home is then probably another mile or so behind the highway. We’ll just never know why everyone was walking along the highway with seemingly no destination in mind. Other than the few stores in each village (kind of like a very poor strip mall along the highway), there didn’t appear to be any places to work. Mombasa offered work at the docks and other commercial establishments, but Mombasa was 30+ miles from where we started seeing all of these people walking.

We were supposed to be back to the ship by 5:45 PM, but didn’t get back until 7:15. The last 10 miles of our trip took about 1.5 hours and that is no exaggeration. For some reason the traffic jam was unbelievable. Drivers in other vans told the passengers to keep the windows closed since men were known to just grab and steal whatever they could when cars were going slowly. Our driver didn’t tell us that and we kept our windows opened and luckily nothing happened.

The van let us out about 50 yards from the ship but around the corner from it. It was very dark and after Snookums stumbled out of the van, she just hung on to Filbert and said “Go to the ship”. The dockside vendors were still trying to sell stuff to the cruise passengers and were “harassing” passengers to buy by touching them. Snookums didn’t want any part of that. Filbert and Snookums fought through the gauntlet and could hear a band playing “When the Saints Go Marching In” and thought it was strange until we realized it was the ship’s band playing.

Then we realized that most of the ship’s staff was waiting to greet us and they formed a two-sided reception line and they were cheering things like “You made it back” and “Welcome back” and giving us high-fives. I think they knew that Mombasa (and the game drive) was going to be an assault to our senses and that we were looking forward to a cool, clean ship! The game drive was great but the last 1.5 hours of the trip were quite trying, especially since it was dark and there weren’t any street lights. Also, the game drive was very, very bumpy and very dusty and we were literally covered in red dust (and also pollution from the last 1.5 hours).

Actually, no, after thinking about it some more, the tunnel formed by the ship’s staff, who were applauding as we approached the gangway really was indeed very strange.

We got back to our cabin and were happy to find a letter from the onboard travel agent saying that our previously booked May, 2010 cruise does qualify for the onboard booking savings. “Free” money – yippee!! After a quick celebration, we took showers that turned the water and wash clothes red. The insides of our collars and cuffs were red, too. We ordered room service and were asleep by 9 PM which was when the ship left Mombasa.