Well, probably not, although everything else you can eat is bad for you, so why not “an apple a day?”

In an advance toward understanding the contradictory health effects of bioflavonoids, scientists in Tennessee are reporting that these natural components of fruits and vegetables poison a key human enzyme critical for the normal function of DNA.
. . .
In their laboratory study, the researchers showed that bioflavonoids poison topoisomerase II in cultured human cells. This enzyme plays important roles in many critical DNA processes and removes knots and tangles from the genome. The enzyme acts by making a double-stranded cut in DNA, passing another segment of the double helix through the break, and reconnecting the broken strands.

You’re either in the right place, and 1) Medary.com’s migration from the Geeklog platform to WordPress is . . . well, not exactly complete, but it’s passed a major milestone, or 2) somehow managed to find the new site before it’s gone live. Either way, stay tuned . . . more new (and old) stuff to come!

On another subject much in the “news” lately: When’s the last time you expected somebody to act respectfully towards you after you were disrespectful to them? Why would you expect this to work in the first place?

I just read this e-mail. I’m totally, completely convinced it’s 100% legitimate. I also have a bridge in London (or is it Brooklyn?) that I can sell you at a very, VERY advantageous price.Here go

It is a fact that we have not met before neither have we had any previous business dealings, but I strongly believe that with understanding and trust we can have a successful business relationship. I am a principal staff with Oil & Gas Company{BG GROUP} in United Kingdom. I have access to very vital information that can be used to transfer funds out of the project account to a secured account outside United Kingdom .I have the required machineries to get it done since I am still in active service. If it was possible for me to do it alone I would not have bothered soliciting for foreign support, ultimately I need an honest foreigner to play an important role in the completion of this business deal. I look forward to meeting you in person and doing good business with you and please treat as confidential .

I wait your letter of intent to partner with me

The redoubtable Snookums, the better half of the proprietor of this establishment, was interviewed recently on a Sioux Falls, SD television station about her volunteer efforts for the Summit League college basketball tournament.

The link is here: Summit League volunteer travels from Kansas City, MO to help out[*1] .

There’s a flash video at the linked page there for all to see and enjoy!

February isn’t even over (thanks, leap year!) and we have an obvious winner of the Headline Of The Year award: 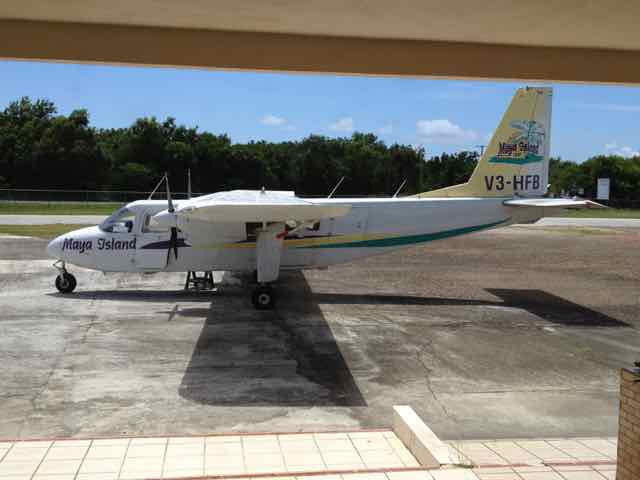 This isn’t a full Journeys journal, just a few photos of our week-long escapade to the Hatchet Caye Resort[*1] in Belize. This was a bit of a lark for Snookums and me, plus we had a camera failure . . . the underwater camera I use to take snorkeling pictures crapped out, so the few snorkeling pictures I did take don’t really do the snorkeling quality justice.

Plus, it was HOT down there. So I didn’t do a lot of wandering around with a camera, taking pictures of the resort, which turned out to be a small island about five miles out in the Caribbean off the coast of Belize. Sorry about that, but here’s what we have.

There was a mixup or miscommunication somewhere, and the resort wasn’t expecting us until the day after we were actually scheduled to arrive. Don’t ask me how that could possibly have happened.

This is the table of contents for the online version of our trip journal. Here are the chapters and their publishing dates: