“Don’t Ask, Don’t Tell” was exactly the policy CNN adopted in not telling viewers that Kerr is a member of Lesbian-Gay-Bisexual- Transgender Americans for Hillary.

Sen. Clinton’s campaign Web site features a press release announcing Kerr and other members of the committee in June. And a basic Web search turns up Kerr’s past support as a member of a veterans’ steering committee for the John Kerry for President campaign – and his prior appearance on CNN in December ‘03.

CNN’s moderator, Anderson Cooper, singled out Kerr (who’d been flown in for the event) in the vast audience, giving him a chance for his own filibustering moment. Marvel at it: Not one CNN journalist uncovered the connection or thought it pertinent to disclose that Kerr’s heart belonged to Hillary.

When righty commentator Bill Bennett pointed out the facts to Cooper after the debate, a red-faced Cooper feebly blubbered: “That was something certainly unknown to us, and had we known that, would have been disclosed by us. It turns out we have just looked at it.”

Anybody who believes anything CNN has to say about American domestic politics is, simply, a fool.  Actually, you can say that about almost all of American journalism today.

CLEARWATER, Fla. – Evel Knievel, the red-white-and-blue-spangled motorcycle daredevil whose jumps over crazy obstacles including Greyhound buses, live sharks and Idaho’s Snake River Canyon made him an international icon in the 1970s, died Friday. He was 69.

Knievel’s death was confirmed by his granddaughter, Krysten Knievel. He had been in failing health for years, suffering from diabetes and pulmonary fibrosis, an incurable condition that scarred his lungs.

Knievel had undergone a liver transplant in 1999 after nearly dying of hepatitis C, likely contracted through a blood transfusion after one of his bone-shattering spills. He also suffered two strokes in recent years.

For a guy like me who spent his formative years in the 1970’s, Knievel was a symbol of the wacked-out striving for . . . . whatever that lifted humanity above mere animals.

I don’t think you could pay me enough money to watch what will likely be the most grotesque parody of serious political discussion since . . . well, since the CNN/YouTube Democratic Presidential Debate.

And no, I didn’t debase myself by watching the Democratic one, either.

Upon further consideration, you probably could pay me enough money . . . but we’re talking at least ten figures here.  And that still wouldn’t make me LIKE it.

UPDATE:  Was I right, or was I right?

According to the industry magazine Advertising Age[*1] , I seem to have been right.

Again, I don’t know that it’s necessarily wrong to have opponents show up during these forums. But the problem for CNN is that it didn’t do the same for the Democratic YouTube debate and it’s just coming off a Las Vegas debate where it seemingly pushed a student to ask Hillary Clinton that ridiculous diamonds or pearls question[*2] (and included James Carville in the post-debate analysis). Like George W. Bush finding out which 30% of the country still supports them, then doing something to frustrate even those voters, CNN seems intent on finding its few remaining Republican voters and driving them into the arms of Fox News. (You just have to take a quick glance at Drudge to see how this is being played on the right.)

The Seabourn Spirit’s call for help was taken at the Bahrain headquarters of Royal Navy and coalition operations in the Gulf, as the liner transited for Muscat, Oman. The crew had grown increasingly concerned about small skiffs believed to be pirates closing on their position.

Pirates are known to operate in the area – the Seabourn Spirit was attacked by armed criminals in nearby waters exactly two years ago. A number of vessels have been successfully hijacked in waters around the Somali coastline this year.

Over 120 nautical miles away Campbeltown’s maritime attack Lynx helicopter was dispatched to the scene, armed with its machine gun to reassure the cruise liner, and if necessary intercept the pirates. By the time the helicopter had reached the liner the skiffs had disappeared.

The helicopter’s presence greatly reassured the passengers on board and the Royal Navy has been officially thanked for its assistance by the commanding officer, himself ex-Royal Navy.

Most importantly, Campbeltown’s actions have reassured vessels transiting through the Combined Task Force 150 Joint Operating Area that the coalition warships are effective at supporting requests for help in any direction.

Campbeltown Commanding Officer, Cmdr. Gordon Abernethy, Royal Navy, said, “It is extremely rewarding to be of assistance and know that our presence reassures law-abiding mariners going about their normal business.”

Campbeltown is currently one month into a seven-and-a-half month deployment east of the Suez Canal. Up to and including Christmas, the ship is operating in the Red Sea and Gulf of Aden.

Stacy London, resident makeover snobbette on TLC’s What Not To Wear, has branched out . . .

More evidence of the apocalypse?  You be the judge . . . 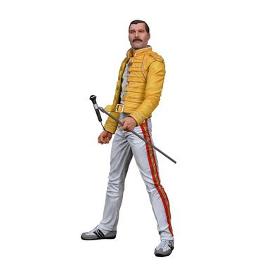 Those of you who’ve flown domestic airlines some time in the last, oh, decade are probably aware of “Skymall,” the ubitquous shopping magazine found in airliner seat pockets everywhere.

Skymall is always mildly amusing to page through while taxing for the usual two hours at O’Hare, or sitting on the tarmac waiting for your terminal gate to free up after landing at LaGuardia.

But now, they’ve crossed the line.

Freddy “Bohemian Rhapsody” “We Are The Champions” Mercury?!?

Filed under Fun because, heck, it’s fun to watch the movie Redacted[*1] go down so ignominiously.

audiences are really avoiding “Redacted,” De Palma’s picture about US soldiers who rape a 14-year-old Iraqi girl, then kill her and her family. The message movie was produced by NBA Dallas Mavericks owner Mark Cuban, who insisted on deleting grisly images of Iraqi war casualties from the montage at the film’s end. Cuban offered to sell the film back to De Palma at cost, but the director was too smart to go for that deal. “Redacted” – which “could be the worst movie I’ve ever seen,” said critic Michael Medved -took in just $25,628 in its opening weekend in 15 theaters, which means roughly 3,000 people saw it in the entire country. “This, despite an A-list director, a huge wave of publicity, high praise in the Times, The New Yorker, left-leaning sites like Salon, etc.

“Well, if that is what some like to style themselves, I will play along, Papyrus, but according to Brooke, in this long essay, managing these wayward coders … oops, I mean, engineers … is like herding cats.”

“Ah, Gulabi, Brooke is entitled to his opinion, but I do not particularly like this analogy. We don’t ‘herd’ our software engineers, we manage them. Well, let me tell you that managing my teams is a different art. They are not bovine creatures.”