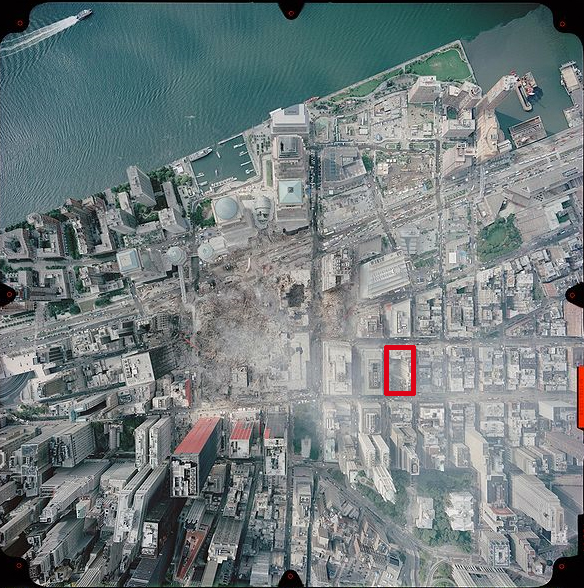 UPDATE: Has decency finally descended onto the Cordoba Center organizers?[*1] If so, I may need to retract my judgment of them as boors (while still stipulating that their behavior to this date has been very boorish indeed.)

UPDATE II: Latest word is that Islamic boorishness is alive and well in the Big Apple. Stay tuned.

The people who think it’s about Islam are mistaken (at best.)

The controversy isn’t really about a religion. It’s about tact.

Nobody’s immune to boorish behavior (despite the massively over-inflated egos of various members of the Ruling Class–in fact, they seem most drawn to such behavior.)

Perhaps this is why, for the most part, the Ruling Class sees no issue with the Cordoba Center, but is aghast at the reaction of the People Class, who still see boorishness and lack of tact for what it really is.

A group that truly respected the feelings and sensitivities of other groups would not be doing what the backers of the Cordoba Center are doing. The fact that they continue to push forward, despite the heartfelt expressions of anguish (which all too easily slip towards anger, if not rage) speaks poorly of their own characters. The site of their proposed center is two buildings away[*2] from the Ground Zero crater. Not two blocks. Not two miles. Two buildings.

Too close for a large number of people, including and especially the relatives of the victims of the 9/11 attack. And that’s where religion does enter into it. The attackers were Muslims, and they were attacking in the name of Islam. The worldwide community of Muslims have not done a particularly good job of unequivocally repudiating the attack in general, and the tactic of terrorism in general. Many Americans still remember the joyful dancing in the streets of the Middle East after 9/11.

It is difficult to see the Cordoba Center as not dancing upon the graves of the over 3,000 people who died in the World Trade Center attacks. The pleas of the backers that this is somehow intended to bring some sense of healing between Muslims and the rest of us–well, that strikes most of us in the People Class as ludicrous on its face, and rather insulting too.

Is there a religious and a cultural component to the opposition to the Cordoba Center? Sure–absolutely–tribalism, religious conflict, and cultural clashes are intrinsic to the human condition. But it’s precisely that fact that makes the Cordoba Center so inflammatory. If the 9/11 attacks had not happened, then this would not be a national controversy.

A group which was really interested in healing and in showing sensitivity and tolerance would see the growing protests, the anguish, the outrage at their plans, and they would step back and reconsider. But that’s not what the Cordoba Center planners have done. They have pushed forward, they have dug in, they have hunkered down, they have determined if not demanded to have their way–healing, sensitivity, and tolerance be damned.

They are, in short, boors.