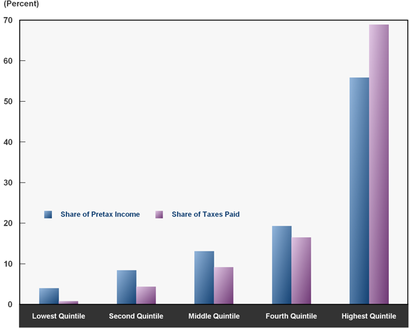 The question is always framed as “the rich aren’t paying their fair share.” Well, what’s fair? The only answer the “progressives” ever give is: “The poor pay less, and the rich pay more.” That’s an inherently unstable way to build a society–it ultimately leads to a permanent underclass–the ones without the money, and a permanent ruling class–the ones with the money. Eventually, the underclass catches onto the scam. Then you have revolutions.

Everybody needs to have some “skin in the game.” When you have 50% of the population paying no income tax at all, you’re starting to get into very, very dangerous territory, socially. That’s where we are right now.

What the Russian Sleepers Did [*7]

One of the interesting aspects of the modus operandi is that the distinction between their tasks at the behest of a foreign power and what activists might ordinarily do is pretty small. They met people and influenced options — that’s what people in policy circles do! This espionage case raises the question: if the behavior of Russian agents is outwardly no different from people who are practicing the “highest form of patriotism” what is the difference between the two? When the question: ‘whose side are you on?’ ceases to be a legitimate test of patriotism, how is treachery defined? Outwardly the sleepers did for love of the Rodina what many would do out of resentment toward their own country. Maybe the Russians will eventually return home to a medal. They knew at all events, whose side they were on.

Some people have no doubts.

Emphasis mine. It may be time to seriously–SERIOUSLY–start questioning the patriotism of many, many people on the Left–the “progressives” specifically. I’m talking about a simple question: Do you, or do you not think that traditional American freedom and liberty are in general good things, and should be defended? Any other answer than “yes, absolutely, what do I need to do?” marks you as unpatriotic.

Sorry to break that to you. But that’s what you “progressives” are pushing the rest of the country toward.

Perhaps the stupidest article I’ve ever seen [*9] — I don’t know. There is a lot of competition. But the one discussed in this article would definitely be a finalist.

Investigate this [*11] — The failure of the Department of Justice to properly investigate the New Black Panthers’ voter intimidation campaign in Philadelphia in 2008 constitutes in itself a civil rights violation. The Justice Department officials, up to and including Attorney General Holder, should be charged with malfeasance and obstruction of justice. They are operating lawlessly. If Obama himself was involved in the decision not to pursue this investigation, that would constitute an impeachable offense.

Coming soon to a polling place near you. Vote wisely.

Clarence Thomas: The Privileges and Immunities Clause Shall Rise Again [*17]

Americans getting fatter, especially in the South [*21] — Judging from the photographs I’ve seen, is Elena Kagan a southerner? Oh, too catty? Sorry . . .

Awkward: Dems trying to recast Petraeus as a savior [*22]