In order to get the deficit down to 3 percent of GDP, not to balance the budget, you would have to confiscate around 80 percent of all income over $209,000–recall that the large majority of these taxpayers pay state income taxes too–which would destroy the economy . . .

An influential Silicon Valley venture capital company prepared a report entitled “USA, Inc.” which analyzed the financial state of the United States, as if the USA were a company in which they were considering investment.

It is not pretty. But we have to face the cold reality of the numbers.

We have promised with Social Security, Medicare, and Medicaid more than we can deliver. That is the bottom line. We will wind up breaking those promises. It is only a matter of when, and how. And on top of those empty promises, we lay out a new, equally undeliverable promise of universal free health care. A promise you can not deliver on has a name. That name is “a lie.”

We need to stop lying to ourselves. We need to fix this problem.

Compassion demands that we fix this.

“Subsidizing the markers of status doesn’t produce the character traits that result in that status; it undermines them.”

From The Professor himself:[*2]

How much foreign aid have we squandered on various totalitarian hell-holes around the world? What have we gotten for that “investment?” How much money have we spent on the “war on poverty?” Is there less or more poverty than there was when we started? (Hint: more. Go look it up.)

It’s not the money. It’s how you get it that differentiates “good money” from “bad money.” Bad money is generally obtained by pointing a gun at someone else. This is how dictators and much of the current Democrat leadership believe money is obtained. They believe in the “zero sum game.” They believe in “getting a bigger piece of the pie.” They might give lip service to “making the pie bigger” but deep in their hearts, they really don’t believe it–if they do believe it, they sure don’t act like they do.

Yes, Virginia, it really is that simple.

But, despite this dazzling success of the classical liberal economics of Ricardo and Smith and von Mises and Hayek and Friedman, we today face once more what seems to be the fundamental conflict of mankind’s nature: the tension between those who believe wealth can only be obtained by force, and those who believe wealth must be earned by mutually beneficial trade.

This conflict has been clearly illustrated by the recent unpleasantness in Madison, Wisconsin.

So, which side are you on?

The fist, the club, and the gun, or the handshake, the contract, and the trade? The time for choosing is very, very near. 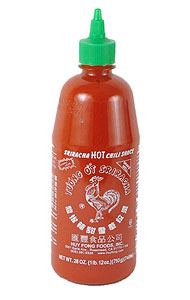 From The Other McCain[*1] , in case you’re really really horribly concerned about the multiple meltdowns happening (or not?) to Japanese nuclear power plants in the wake of the recent earthquake disaster:

My advice: Get some sleep. And when you wake up Sunday morning, go to Denny’s and have their Grand Slam breakfast while reading the local newspaper. Then go back home and drink a couple brews while watching a basketball game on TV. At that point, you can then safely log back onto the Internet and try to figure out what actually happened Saturday.

“Don’t blame you, don’t blame me, blame that guy behind the tree.” – unknown

This stuff has been collecting for a while. So, a Whip link-dump:

First, Civility Watch:
Obama Explains Why Some People Hate Sarah Palin [*1] — He was, of course, talking about himself, but he blunders into the truth nevertheless . . .
Tabitha Hale talks about being assaulted by a hostile union goon[*2]
‘Take ‘Em Down’: Would Saul Alinsky approve of the SEIU’s new anthem? [*3]
Labor brute force rules [*4]
Networks Skip Democratic Congressman’s Call for Union Protesters to ‘Get a Little Bloody’ [*5] And now, presenting: The Koch Konspiracy:
No Retreat, No Surrender [*6]
Koch Executives Speak Out on Wisconsin [*7]
No Word From Eric Lipton [*8]
Koch Industries, Inc. [*9]
Koch Industries, Inc: The Five Dimensions of Market Based Management [*10]
We Now Interrupt This Two-Minute Hate to Bring You an Urgent Message from Emmanuel Goldstein, A.K.A. Charles Koch [*11] — which features this gem: “Do people still read books like Thomas Pynchon’s The Crying of Lot 49 and Robert Anton Wilson and Robert Shea’s Illuminatus!? They’re satires and parodies, folks, not exposes.”

And now, in no special order, the rest of the rest:
The King’s Speech [*12]
Grade Inflation: The more we spend on higher education, the more we spend on higher education. [*13]
The Squeezing of the Middle Class [*14]
A Reverse Piven Strategy? [*15]
The Westerlies Explain The Recent Extreme Winter Weather, Not “Global Warming” [*16]
Social Scientist Sees Bias Within [*17]
Sun exposure, vitamin D linked to MS risk: study [*18] — Or: A Lesson from Reuters in How Not To Write A Headline
Delta Rolls out Premium Economy on Long Haul Flights [*19]
Satellites Capture Astonishing Images of World’s Largest Slums [*20]
Centenary ends nation’s longest losing streak [*21]
Out of Money [*22]
Where are the carriers? [*23]
We need to pick our battles. [*24]
Thucydides Hates “Realists” [*25]
Left-wing legal group snookers Ezra Klein on Voter ID [*26]
Wisconsin Unions vs. The Tea Party: A Classic Double Standard [*27]
The Non-Defense of DOMA [*28]
Why the GOP shouldn’t fear a government shutdown [*29]
American doles out frequent-flier miles on Facebook [*30]
The day of the killed tomatoes [*31]
The Boomers’ Black Swan Song [*32]
Waiting For Reagan [*33]
PJ Tatler Exclusive: Was the U.S. a victim of an economic 9/11 in 2008? [*34]
Cramer: Feels Like Financial Terrorism [*35]
Distribution of Tax Burden by Quintile [*36]
Billions in Bloat Uncovered in Beltway [*37]
The Vanity of the Intellectual [*38]
Hundreds Of Billions In Waste And Duplication Found In Federal Budget The Democrats Swear Can’t Be Touched Without Killing People Or Something [*39]