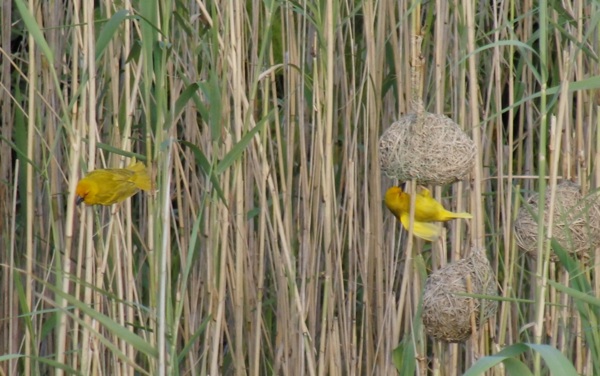 We continue the tour of the St. Lucia Nature Reserve outside Richard’s Bay, South Africa:

From the saintly and single-minded idealist to the fanatic is often but a step. 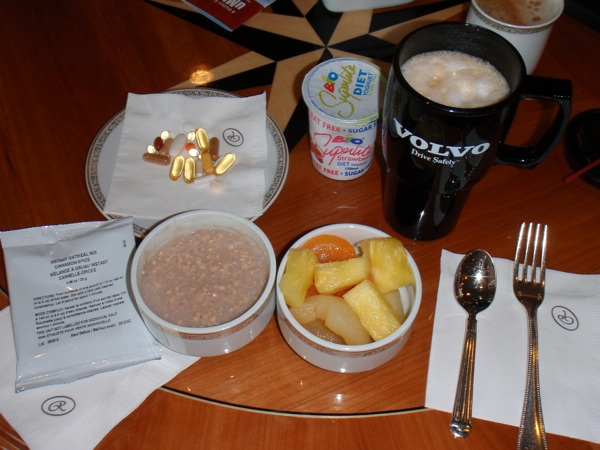 The ship started rocking and rolling around 3 AM but we slept until 7 AM. (Filbert woke up at some point to find out that the unranked SDSU women lost to #11 Arizona State by 9 points and that the #8 LadyVols beat #7 Baylor by 9.) We ate breakfast in Compass Rose since Snookums figured the ship would be rocking less on Deck 4 than on Deck 11 at La Veranda.

During the Captain’s noon announcement he said that the pilot for Richard’s Bay will board our ship tomorrow at 4 AM via helicopter (!) and that passengers can’t be on balconies or any open decks. What a party pooper. He also said that the temperature is going to be 59° when we dock and will be a high of 66° later in the day. That is radically different than the scorching heat we’ve had so far. It’s a good thing we brought jackets with us. The seas are currently at 2.5 meters and will get to 3 meters before calming down around midnight. (Regent makes only one ship-wide announcement per day and that’s at noon. Holland America makes at least two and sometimes three per day.)

There was supposed to be a special Asian lunch on the pool deck but it was moved inside. The staff vs. guests shuffleboard tournament was postponed until November 18. We ate lunch inside at La Veranda and then went back to our cabin and did internet work.

We woke up and took the free shuttle to the mall in Richard’s Bay. The ship was docked in the middle of an industrial port and there was nothing close by. The mall was about 15 minutes away by bus. It was like any other mall in the U.S. although it didn’t have the same name brand chains.

Snookums decided that the Regent shampoo must have oil in it since it makes her hair oily so one of our missions was to buy new shampoo. We went in two different grocery stores and bought shampoo for $2.25 and kudu jerky for $5. The prices were very similar to the U.S. and the selection was, too. Then we decided to look for a sportcoat for Filbert since his are now too big for him. We found four different stores that carried sportcoats, but none of them were worth the money. One cost $225 but it wasn’t anything special. It seemed like prices were the same as in the U.S. for food and clothing. After walking around 9,000 steps (Filbert wears his pedometer every day), we took the shuttle back to the ship to get ready for our tour after lunch.

We boarded the bus for the St. Lucia Nature Reserve to see hippos and crocodiles. Along the way, we saw vast tree farms. The South Africans make a lot of paper products, and grow huge numbers of trees to feed that industry.

When we began our boat tour of Lake St. Lucia, we were not disappointed. We were on the lake for a 2-hour boat ride. We saw lots of hippos and two crocodiles.