Popular imagination has the Great Depression opening with a bang in October 1929. We forget that even by December of that year, the market had no idea what was really in store. After a period of wild, bipolar volatility, stocks had taken two big tumbles (a 12.8% drop on Oct. 28 and an 11.7% fall the next day) while the top bankers and “captains of industry” rushed to shore up the market. By November, the Dow had hit its low for the year at 198, down from the giddy September high of 381.

But, the financial pundits and government leaders of the day insisted, the economy’s fundamentals were still strong. Mass unemployment was, some months after the crash, still just something that went on in Germany and Britain. America was strong and merely needed a push to keep the financial markets from harming the broader economy.

With that in mind, Herbert Hoover — only nine months into his presidency — assembled leaders from the public and private sectors to create an economic-stimulus package. Among the measures, Time magazine reported at the time, was a promise from Congress to offer bipartisan support for a tax-cut package. The proposal called for $160 million in tax relief — only about $22 billion if adjusted against the gross domestic product at the time, and therefore much smaller than the plan under consideration here in 2008. Read Time’s original coverage of the plan.[*2]

The only thing we have to fear is stupidity itself.  Unfortunately, we have nowadays an immense surplus of that.

The single best thing politicians can do for the economy is to leave it the hell alone.  There is a respectable body of academic economic argument[*3] which argues that it was the Federal Reserve Bank which largely caused the Great Depression, and the leftists took advantage to replace traditional American self-interest with New Deal socialism:

In one of the great paradoxes of human history, a federal regulatory institution — created for the purpose of stabilizing the banking system and, thereby, the overall economy by functioning as a lender of last resort — caused the worst depression in our history. President Woodrow Wilson promised that the Federal Reserve Act of 1913 would provide the economy with a “Supreme Court of Finance” that would ensure the liquidity for economic growth and prosperity. Instead, the Federal Reserve collapsed purchasing power and forced 25 percent of the workforce into unemployment. The inattention and incompetence that caused this disaster are so great as to warrant, in the words of economist Clark Warburton, “a charge of lack of adherence to the intent of the law.”

This massive destruction of liquidity began when the Federal Reserve responded to the 1929 stock market crash by allowing the quantity of money to decline by 2.6 percent over the next year. This extremely tight monetary policy put the economy into severe recession.

The most important charge in the Federal Reserve’s charter is to be a lender of last resort. This means that when a bank is in trouble and cannot meet its depositors’ demands for cash, the Federal Reserve must provide the liquidity. Otherwise, panic from inability to withdraw funds can spread throughout the banking system, forcing banks to disrupt business and shrink the money supply by calling loans and reducing deposits.
. . .

The great depression’s most serious and long-lasting consequence was not the collapse of prices and employment, but the displacement of the traditional reliance on individual responsibility with government guarantees of security. Beginning with Social Security, these guarantees have grown into the all-encompassing welfare state.

This has changed the character of the American people, and it has changed the character of their government. Together with the growth in government income support programs came growth in government power. From a few basic agencies regulating monopolies, railroads, and food processing, federal presence in the economy has expanded to about 150 agencies, a growing number of which have independent police powers. Most of this burgeoning regulatory activity was justified by the belief that the unregulated market was the cause of the Great Depression. As Roosevelt put it in his inaugural address:

The rulers of the exchange of mankind’s goods have failed, through their own stubbornness and their own incompetence, have admitted their failure, and abdicated. Practices of the unscrupulous money changers stand indicted in the court of public opinion, rejected by the hearts and minds of men.

Business “self seekers without vision” were accused of “callous and selfish wrong-doing” and scapegoated.

The Great Depression was a life-saver for the political left displaced by 1920s prosperity. The prosperity caused by the limited government of Calvin Coolidge and Andrew Mellon had shoved intellectual schemers off the U.S. political stage. As E. Digby Baltzell noted in The Protestant Establishment, Protestants gave up intellectual pursuits and moved to Wall Street. Left-wingers enamored of the use of government power to improve society went off to pay their homage to the new Soviet state. Leftovers from the progressive era were demoralized by the workers’ contentment with Coolidge prosperity. Their spirits lifted as the country sank into depressionary gloom.

As prices sank and unemployment soared, blue collar workers, farmers and businessmen alike all looked to Washington for aid. On June 24, 1931, Business Week magazine poked fun at laissez-faire, “the legend of an ‘automatic equilibrium’ upon which we can rely.” In an editorial, “Do You Still Believe in Lazy-Fairies?” the magazine concluded that planning had to replace the market.

Everything old is new again.  Take a good, long look at what the leading Presidential candidates, both Democrat and Republican, are proposing.

Government, once it takes something from its people, does not EVER give it back.  Unless people start throwing tea-bags into the harbor, that is.

Definition:  To say truthful things about a a public figure that such figure finds inconvenient, especially when such figure is running for President as a Democrat.

You’d think that in a presidential campaign year, a “study” by an organization propped up with money from someone who contributed more to defeat George W. Bush than anyone, plus cash from the wife of the man who ran against Bush in 2004, would be treated skeptically by our oh-so-impartial and professional mainstream media.

Not a chance. This week, when Soros’ group accused the White House and Bush cabinet secretaries of making hundreds of deceitful assertions about Saddam Hussein and his nuclear ambitions, the activist organization was treated as an objective source.

It is odd, isn’t it, how the media never seems to accept uncritically studies from non-left-wing organizations.  Here’s an example, from the Kansas City Star:

The Show-Me Institute, a St. Louis-based libertarian group with Kansas City ties, released a study Wednesday that lambastes light rail as a bad fit here. However, the author and some of his arguments have been at the center of controversy elsewhere.

The study’s author is Randal O’Toole, a senior fellow at the libertarian Cato Institute in Washington, D.C. He has written several papers and books denouncing light rail. National pro-rail groups such as the Center for Transportation Excellence have accused him of presenting flawed and inaccurate arguments. Some of those arguments appear in the Kansas City study.

“I think it’s important to look at this study in the context of its author,” said Mark Huffer, executive director of the Kansas City Area Transportation Authority, which is leading Kansas City’s light-rail planning. “I think the conclusions … were a foregone conclusion before he (O’Toole) started.”

Show-Me and O’Toole, meanwhile, view light rail as a boondoggle that doesn’t live up to its promises to increase overall mass transit usage, among other things. However, the Kansas City study includes some methodologies and arguments that O’Toole’s been criticized for elsewhere, such as drawing sweeping conclusions from small samples of statistics.

Take crime. O’Toole wrote that light rail has “by far the worst crime record in the transit industry” and cited federal statistics for crimes such as homicide. However, those statistics show that light-rail lines across the country were associated with just two homicides in the past seven years.

“For every study he cites that says one thing, I can pull out another study that says the opposite,” ATA’s Huffer said.

When the media doesn’t like a study, they rush out to find someone to say it’s full of it.  When they like the results, isn’t it funny how “balance” somehow never makes it into the story? 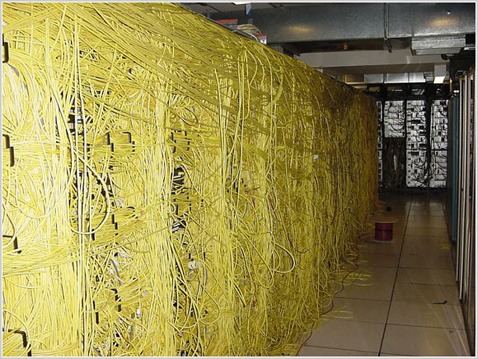 One: Grandmother arrested at McDonalds for not pulling her car forward[*1]

The Air Force’s classified test range at Groom Lake, Nev., has never lacked for evocative nicknames — it and its restricted airspace have been called Dreamland, Paradise Ranch, The Box and, most famously, Area 51. Now there’s a less romantic moniker to throw on the pile: “Homey Airport,” according to a few civilian aviation journals.