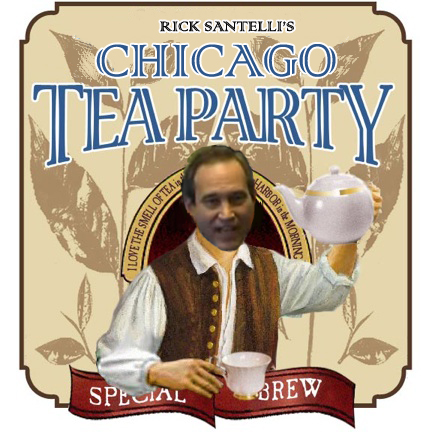 All this is due to CNBC reporter Rick Santelli (at least he was a CNBC reporter this morning . . .) who, as reported on Rush Limbaugh’s radio show as well as many points on the Internet, morphed from reporter to rabble-rouser, the rabble in this case being the traders on the floor of the Chicago Board of Trade. He says we need a Chicago Tea Party this July.

The video is here[*1] (about five minutes of reporter-ranty goodness).

I’m there. As Thomas Jefferson said, “A little revolution now and then is a good thing; the tree of liberty must be refreshed from time to time with the blood of patriots and tyrants.”

And yeah, taxation IS tyranny. Always has been.

Who else is in? A partial list, courtesy the technosocialists at Google:

And, finally, credit where due, the image leading off this article is from The Market Ticker[*22] . It needs to be angrier, IMHO, with pitchforks and the like. But still . . .

See you in Chicago!