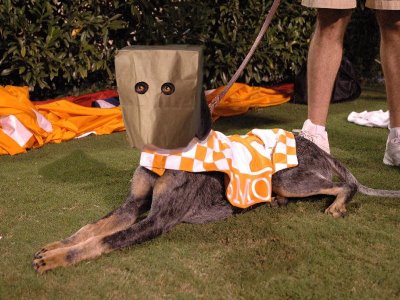 As readers know, my Snookums is a Tennesee Lady Vol.

The bags are out in Knoxville for the UT football team.

Read in the Volokh Conspiracy[*1] lawblog:

The other day, I offered my view that Congress today is fundamentally a silly place stocked with silly people. This latest situation illustrates the principle.

Emphasis mine, but not really needed.  Is it?

Because anything is better than hearing about politics, stock markets, or hurricanes any more.

Belay that, ya squab!

That oughta do it.

The NFL referee who blew the call, and gave the Denver Broncos a win against San Diego, from the Kansas City Star[*1] :

Hochuli, an official for 19 seasons and a referee for 17, had e-mailed fans in San Diego and told them, “I failed miserably.”
. . .
(NFL Supervisor of Officials Mike) Pereira said on his weekly NFL Network show that he’s tried to be as supportive as he can to Hochuli, “but he’s devastated — as he should be.”

No finger-pointing, no directing the blame somewhere else.  Just a guy who trying to do a hard job, screws up, then says to the world “I screwed up.”  There is no man so worthy as one who has made a mistake, recognizes it, and refuses to try to blame someone else.  That’s called being a stand-up guy.  It’s not the good times that reveal character, but the bad times–the times where things have gone wrong, when everyone’s after your neck.

A lesson on how to deal with personal failure that could perhaps be profitably studied elsewhere in American society. 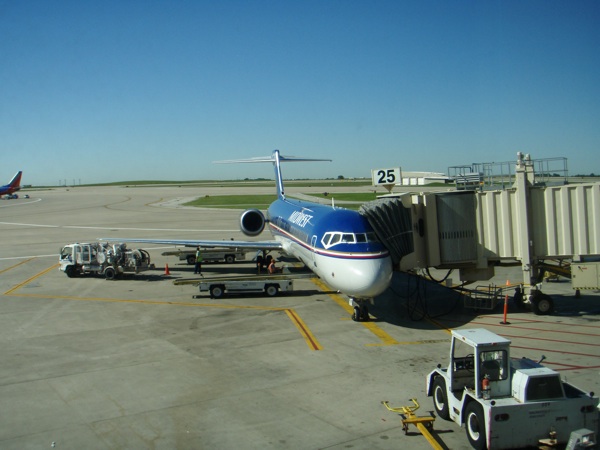 We had a very uneventful flight to Seattle and took the public bus for $1.50 each for the 40-minute trip to the Grand Hyatt rather than paying $35 for a cab.  The bus stopped about 2 blocks away and since it was a warm and sunny day, it was no problem with our rolling luggage.  The Grand Hyatt upgraded us to an Emerald Suite on the corner of the 29th floor.  It is  823-square feet with views of Puget Sound to the west and the Space Needle to the north and two flat-screen TVs.  The best rate for it is $419 but we’re paying $179 and getting upgraded for free!  We have Macy’s, Nordstrom’s, Tiffany’s, Barnes & Noble and a host of other major stores within one block of us, too.

After freshening up we walked the six blocks to Pike Place Public Market.  We didn’t see any fish being thrown around, but we did see vendors selling fresh seafood, gorgeous $5 bouquets of flowers, fresh produce and various arts and crafts.  We ended up eating a late lunch at “Saigon” which was touted as being a cheap and tasty restaurant.  It was!  Snookums had the $4.75 Vietnamese sandwich that was a French baguette with BBQ pork, carrots, cilantro, cucumbers, radish and a tasty mayonnaise-type sauce on it and Filbert had the $6.75 lemongrass beef hot entrée.  We learned that “thank you” in Vietnamese is “cam on” [pronounced: caam-ungh] which will come in handy for our two ports in Vietnam.  We wandered around some more before heading back to the Hyatt.

Upon entering our room we were surprised to see a bottle of sparkling wine and ½ pound of chocolate covered dried cherries.  This “treat” was NOT the one that you get to choose for having Diamond status so it was a bonus.  (We still have two coupons to use for our Diamond amenity.)  And, we called and asked if they would waive the $5/day charge for a refrigerator and we were told “sure” so we had one delivered.

We turned on the local Fox Sports TV channel in order to watch the Seattle Mariners play in Kansas City.  (We had tickets to that game and obviously didn’t attend but did ask for our free long-sleeve t-shirts since Snookums’s family was still going to go.)  We wandered up to the Regency Club and stuffed ourselves on crab claws, Greek salad, cheese, crackers, raw vegetables and various cold meats for dinner while also watching the game there.  The Royals won 6-3 and we saw Snookums’s father in his wheelchair in the stands so that was neat.

Filbert has been battling tendonitis in his left heel since mid-July from cleaning our carpets and it was hurting him due to the walking so he iced it a lot tonight before going to sleep.  Other than that, it’s been a great start to our trip.

Oh yeah – We received a call on Saturday informing us that our first port stop in Petropavlovsk, Kamchatskiy, Russia had been replaced with Aomori, Japan.  Those darn Russians!  If they would play nice with the Georgians we would have been able to visit their country.  Oh well, it’s their loss.

We woke up and went to the Regency Club for breakfast.  Snookums enjoyed a high-carb breakfast of cereal, fresh fruit and banana bread while Filbert drank coffee (Starbucks – they are everywhere in Seattle since this is its birthplace).  We then walked to Seattle Center where the Space Needle is located.  By now Filbert was starving so he had a taco salad, without the shell,  from a fast food joint.

Filbert wanted to visit the Science Fiction Museum that we eventually found.  Snookums left him there and walked 6 blocks to the waterfront to the Olympic Sculpture Park to read her paperback since she knew she didn’t want to visit the Science Fiction Museum.  The sculptures were modern ones that didn’t impress her.  She was on page 3 of her book when her cell phone rang and it was Filbert saying he was done!

They met up and decided to walk to the free bus zone in order to take a city bus to Pioneer Square that is on the other side of downtown.  (City buses are free within the downtown area.)  Filbert decided he needed a coffee so he bought one from a “Java Girls” kiosk.  On the way to the bus stop we passed Top Pot doughnuts and had to stop so Snookums could have a chocolate cake doughnut.  It was very, very good.

While walking around the Pioneer Square area we happened upon Waterfall Park and learned that this little park marked the birthplace of UPS.  The UPS founder or someone connected to the original family commissioned this Japanese-type garden in the 1980s to commemorate the beginning of UPS.  There was a full-time security guard there to chase out the homeless.  Most benches were occupied by office workers eating lunch while enjoying the sunny 74° day.  It was a very nice small oasis (and looked very expensive).

We found the world-famous Elliott Bay Book Company in Pioneer Square and Filbert bought two books while Snookums read up on the places in Vietnam, New Caledonia and Samoa that we’ll be visiting soon.  Snookums also called the Grand Hyatt to order the Diamond Amenity so that it would be waiting for us when we returned.

We rode another bus to Pike Place Market and then walked the six blocks to the Grand Hyatt.  Before going to the hotel we stopped at Phiten which is a Japanese store that sells the titanium infused necklaces that just about all the baseball players wear.  Filbert let the Japanese woman put some titanium tape on his arthritic knee and bad heel so we’ll see if he notices anything.

We got to the room and crashed for a few minutes before realizing we were hungry (and Filbert wanted beer).  There was a Gordon Biersch Brewery Restaurant across the street so we broke down and went there even though it’s a chain restaurant and we like to try local places.  Microsoft was having a post-scavenger hunt party there, too, so it was pretty funny watching a bunch of male geeks (and they were definitely geeky!) have fun.

After dinner we settled in for the night to watch the Royals beat the Mariners.  We munched on the Diamond Amenity gift of dried fruit and nuts and Filbert enjoyed the bottle of Cabernet.

I don’t have to post on the connections of Obama’s senior advisors[*1] to the Fannie Mae/Freddy Mac debacle, and the high overall content of Democrat fingerprints[*2] all over the home mortgage mess that’s currently metastasizing throughout the financial sector[*3] .

Nor do I have to post on the unconscionably sleazy hacking into Palin’s private Yahoo e-mail account and spreading the contents far and wide across the Internet–in an attempt to find more sleaze with which to slime the Alaska Governor.

Nor do I have to post on Obama’s continuing confusion regarding who he’s running against (G.W. Bush?  Rush Limbaugh?[*4]   Who is that white-haired old man with the funny walk, anyway?)

Nor do I have to post on Obama’s continuing efforts to silence political opponents by organizing concerted campaigns to simply shout them down[*5] .

Via the ever-dependable Fark.com[*1] , some Vermont TV station[*2] reports:

An 8-foot-tall mechanical gorilla is back home at an eastern Maine flea market-style store two weeks after being “kidnapped” and later dumped in a corn field in Vermont.